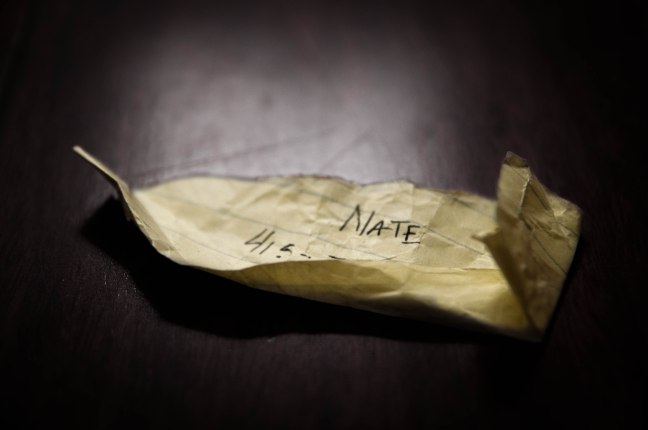 I must say that these stories are going to become progressively more embarrassing as we exhaust the list of stories that I actually tell people. Today, I’m going to provide a treat and dust off an old story which I find incredibly awkward. And what is more awkward than a love story between a fifteen-year-old and an eighteen-year-old…? Let us begin.

Years ago I was a scout. Let me be even more honest. Last year I was a scout. It feels good to tell the truth. Should this already feel like I’m lying on a psychiatrist couch? There must be a special word for one of those couches [a quick Google search brought up ‘Chaise Lounge’. The more you know, I guess]. Anyway, there were trips away with the scouts every year. As a starter to the main course, I’ll tell you about the year before and how Amanda came into my life. Well, not exactly my life… It was Derrick’s life. Derrick at the time had just turned into a teenager, this is important because Amanda was seventeen. Thinking back on it… that’s kind of weird. Derrick happened to be more awkward and lanky than me at the time with hair past his shoulders. Obviously, quite the hit with the ladies. Derrick and Amanda bonded over the fact that Derick dropped his camera into a fountain when they first met and it went from there. Smooth moves, Derrick. Anyway, I winded up as a third wheel. I really do love being a third wheel *sarcasm, of course*. Especially one which is incredibly annoying *okay that’s more like it*. Tagging along with them and ‘knocking and running’ on doors they were behind. Classic. You would think I was a bit more mature.

Anyway the following year, through a freak coincidence Amanda and I met up at a different scout event. Guess who wasn’t there? Derrick. They broke up ages ago but it would still be a betrayal to talk to her. I felt in a bit of a backstabby mood [definition- a volatile mood that prompts you to a slot a knife between someone’s shoulder blades/ or betray someone]. She approached me and with a sultry voice and said

‘I’m giving out free hugs and you’re on top of my list’.

Unfortunately, a teenage brain goes into a state of shock if this particular scenario happens so I made a quick get away by blurting out words in rapid succession. *sidenote: I looked pretty terrible due to the fact that I did not want to set foot in the bathroom. It was basically like an outdoor toilet stall with the amount of mud and filth in it. There’s no place like home. Unfortunately, clicking my heels together three times did not transport me to my own shower.* I met up with her again later to my dismay. What would this story be if I had not. This was a 24-hour event so I think the sleep deprivation gave me the edge I needed to talk to her…

Needless to say, she did get her hug. However, my gangly set of limbs managed to pull her to the ground. Listen, don’t ask how. It must have been some sort of fight or flight instinct … but for hugging. Fight or cuddle? You cavemen and your weird habits. Let’s just say, winding up on the floor was beneficial even though it did kind of hurt her arm. Yes, you guessed right, thinking about that does make me want to curl up into a ball. We talked for what seemed like ages looking up into the stars while the Hobbit played in the background. Where did the Hobbit come from? How else were they meant to keep a group of 5,000 teens from vandalizing the place? A story driven movie on a blurry screen with bad speakers wasn’t the best option, however. After we had finished talking I was rewarded with her number. You must realize that this was probably the best thing that had ever happened to hormonal me. An eighteen-year-olds number?! It was the work of some voodoo magic. I just couldn’t wait to return home as a revered hero and maybe even bag myself a place in Valhalla. As always, something had to go wrong… and it did.

It was the morning of the last day and Amanda left asking me to text her later. With a wink. There was a long journey ahead of us and I really needed to go to the bathroom. There probably is a bathroom travel anxiety disease out there and I definitely had contracted it back then. What made it is worse was, as I stated, the bathroom was a hell hole. A muddy hell hole. A muddy hell hole crammed full of faeces and maybe some vomit. That’s where I found myself on that fateful morning. The great thing is I found a semi clean toilet. The problem came after that. I looked at the toilet roll dispenser. Empty. One thought crossed my mind.

I’m done for. There’s no going back.

The only piece of paper I had on me was… the girls number. Panic swelled and filled up that dank cubicle. I was left with probably the most significant problem now facing modern philosophers. Do you use the girls number as toilet paper or travel on a three-hour flight home with shit-filled pants? I can’t tell you how frantically I tried to memorise that number. I also cursed Derrick for bestowing this karma unto me. I did the noble thing, sort of. I came out of that toilet stall feeling like I’d aged twenty years. I came out without the phone number.

Needless to say, I never found Amanda Wright again. Naturally, I was devastated. Of course, I didn’t want to relay the full story to my friends so I settled with ‘I got an eighteen-year-olds number but I … Umm.. lost it‘. They didn’t believe me. I’m the only one who really knows what happened and now you do too.

6 thoughts on “The ‘Wright’ girl and how I messed up”